Marble has been used in construction since ancient times, due to its durability and versatility. It can easily be carved and modeled but at the same time it is strong enough that it can withstand extreme weather conditions while maintaining its beauty over time. Therefore, marble can be used for both the exterior and interior of a building, giving it a refined look, while leaving room for unique architectural details. Due to this fact, many famous buildings around the world have included marble in their composition. 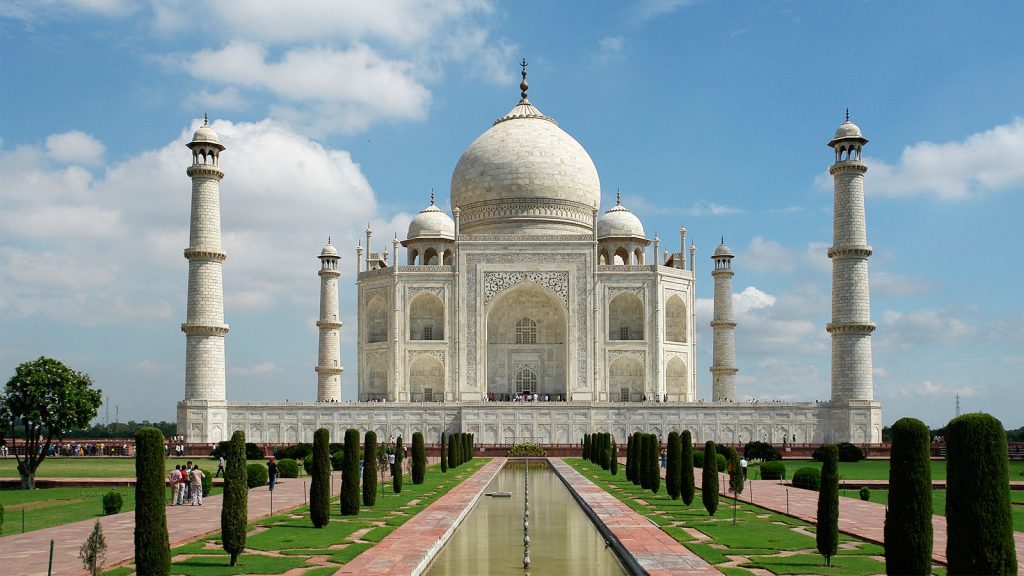 One of India’s most famous sights, the Taj Mahal is an impressively-sized mausoleum built by King Shah Jahan in memory of his third wife, Mumtaz Mahal. Tons of white marble were used in its construction, some of the largest blocks weighing about 6 tons. The marble was transported with the help of burden animals, such as cattle and elephants, and was used both in the construction of the exterior walls of the building and in the interior decorations. In 1983, the Taj Mahal became part of the UNESCO World Heritage Site, being considered a symbol of India’s rich history and one of the most appreciated buildings in the world, with about 6.5 million visitors in 2018. 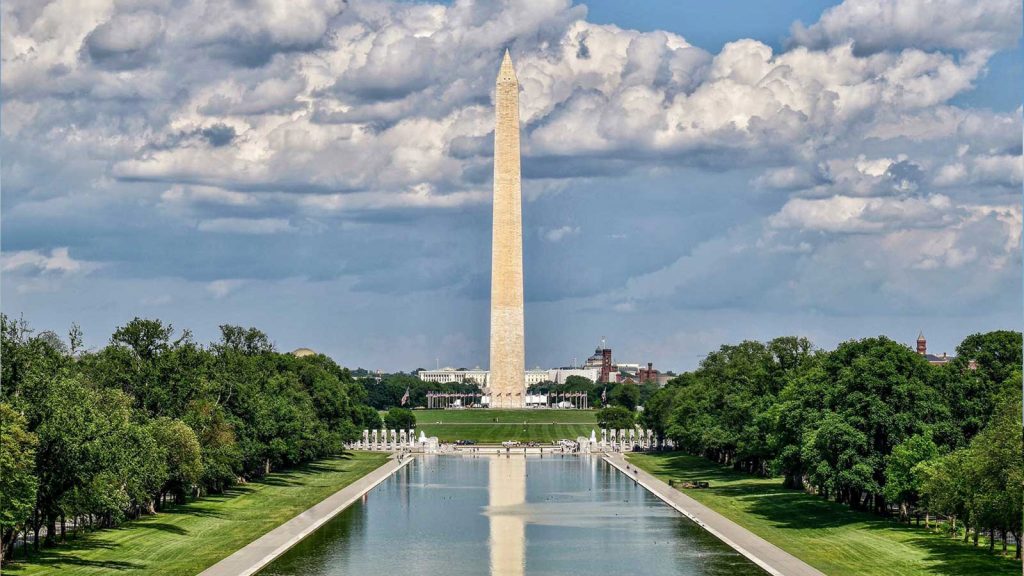 The Washington Monument is a 169-meter obelisk built in the memory of the first President of the United States, George Washington. The massive building is located in the US capital, Washington D.C. and it represents, at the moment, the highest construction in rock and the highest obelisk in the world. It is built out of 36,000 marble blocks and was, at its completion in 1888, the tallest structure in the world. Approximately 800,000 tourists visit the monument annually, making it one of the most popular tourist attractions in the United States.

The marble arch is, as the name suggests, a triumphal arch in London, dressed in Carrara marble. Initially, it was designed to mark the entrance to the Buckingham Palace yard, one of the residences of the British royal family. The structure was later moved to the intersection of Oxford Street, Park Lane and Edgware Road, where it is still located today. The initial model of the construction contained fascinating and very well made details, such as carved panels and statues representing the famous battles in which Britain was involved, such as Waterloo. Unfortunately, in its final version, not all of the elements originally planned were included, due to the change of the architect responsible for construction and some budget changes. Despite these changes, the marble arch remains one of London’s most visited tourist attractions.

4. The Royal Palace in Amsterdam 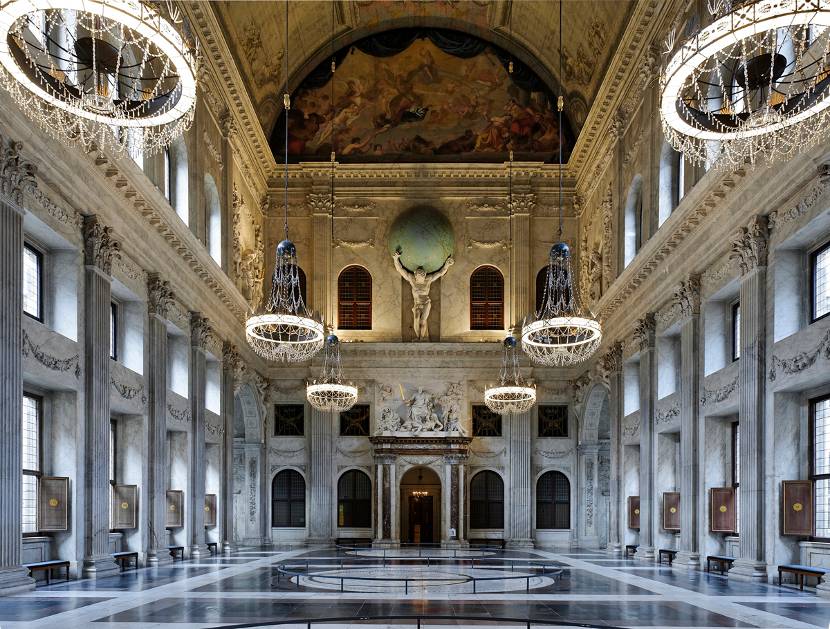 The Royal Palace in Amsterdam is one of the three residences of the Dutch royal family. It is located in the center of Amsterdam and was built in the 17th century. Marble is a key element for the interior decorations of the palace, especially the floors. In the central hall there are paintings on the marble floor depicting two maps of the world, with details about the colonial influence that the Kingdom of the Netherlands had. Initially, the building was designed to be used as the headquarters of the City Hall of Amsterdam. Later, King Louis Napoleon, Napoleon Bonaparte’s brother, began his reign over the Kingdom of the Netherlands and transformed the town hall into a royal palace.

5. The Pantheon in Rome 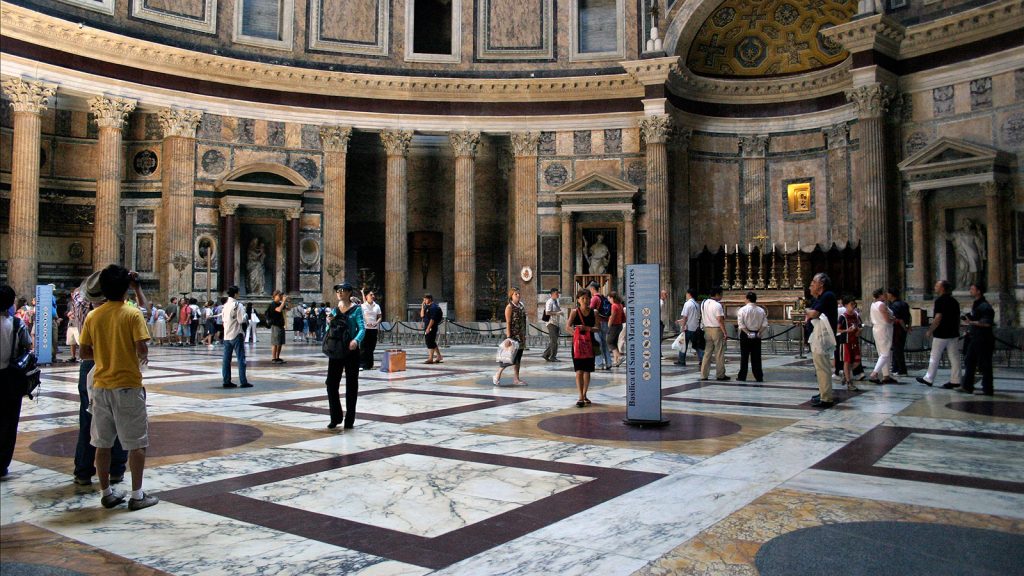 The floors and interior walls of this construction are made out of marble and crowned with special decorative elements. The floor with a geometric design is in very good condition and can be admired in its original form, which was kept, of course, with the help of minimal restorations. Initially, the structure served as a temple dedicated to the Roman gods and, at present, it is a church. It is a very popular tourist destination for those visiting Rome, being one of the best preserved Roman temples. The marble used to be part of the exterior elements of the building, but it was removed over the centuries, only the interior decorations remaining intact. The Pantheon is visited by about 7 million tourists annually and is one of Rome’s main tourist attractions.

With over 20 years of experience in construction, luxury finishes and natural stone maintenance, BrownStone is able to execute large marble works, featuring equipment, machinery, substances and materials that meet the highest standards. internationally. With numerous projects in the portfolio focused on construction and marble work, you will find the specialists you need for your work, regardless of its complexity. For any additional questions and details, the BrownStone team is at your disposal! We believe that the finite resources and materials that nature offers us must be preserved and integrated into constructions tin order to capture their beauty long after they are built.